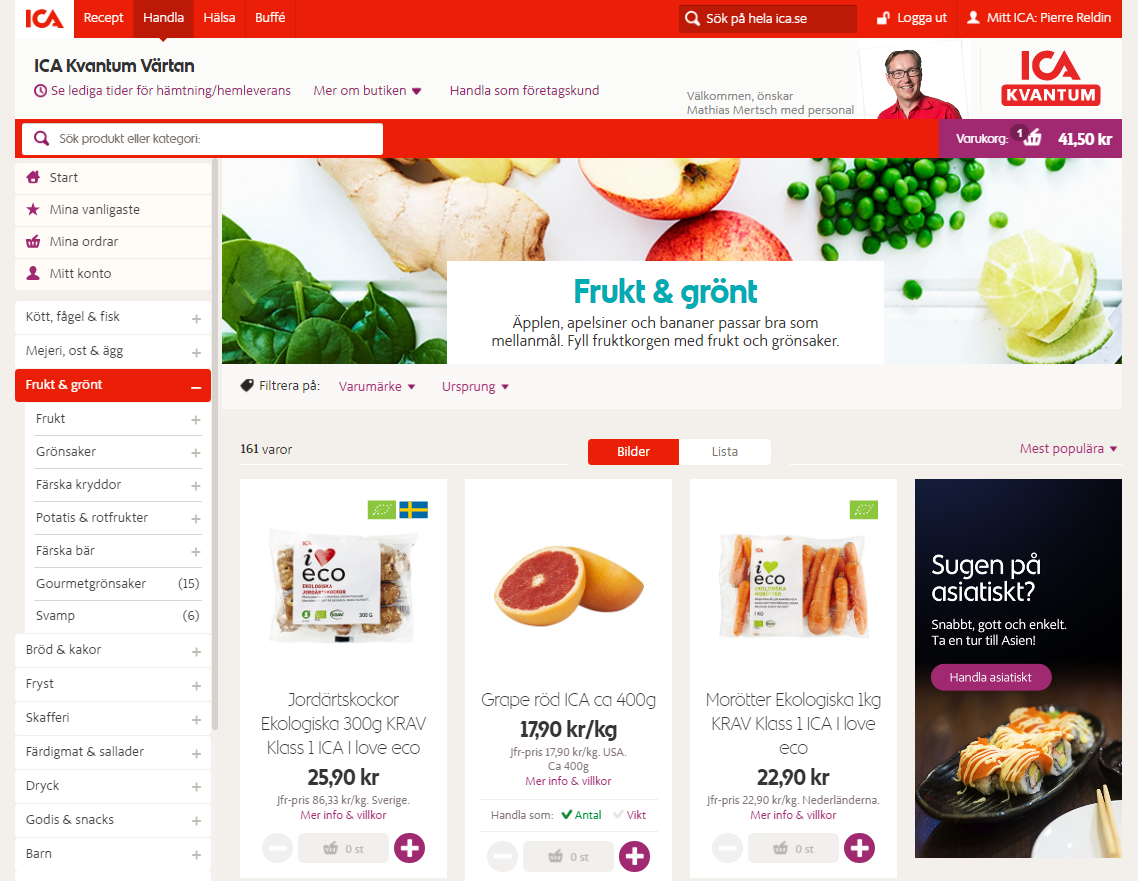 In early November 2014 ICA finally launched the public pilot of its central online platform with four stores in Östergötland. But that was just the beginning…

I managed the next phase, the Release 2 project, which both had to deliver real business benefits as well as to reorganize the entire development project. The overall aim of the R2 project was simply to establish a complete online platform in order to ensure roll out and efficiency for online operations which enabled a continued roll out to 100+ stores during 2015 by automating and improving manual/semi-manual processes and completing missing functionality in the released pilot.

A main challenge was to comprehend a platform suitable for the smallest ICA Nära to the largest ICA Maxi or Kvantum. The success of the ICA central online platform is simply if the ICA stores will become successful in their online business.

The project delivered requirement specification, design, development, test and deploy in two functional releases and a transformation of the project organization and ways of working inherited from the R1 project. I think my clear, strict, communicative and inspiring leadership was an enabler for the nine months project to be delivered on time, in scope control and within budget, but of course mostly due to very hard work from so many great colleagues and vendors.